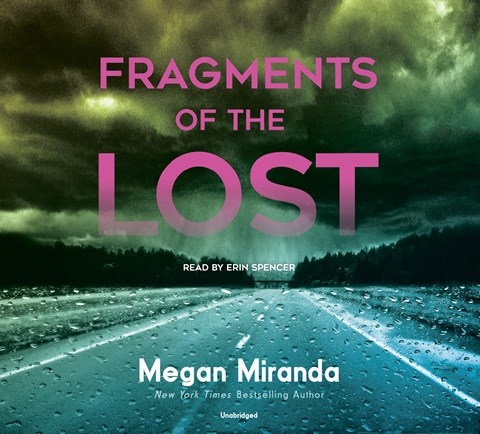 FRAGMENTS OF THE LOST

Narrator Erin Spencer adeptly conveys main character Jessa's mental state as she reminisces about her late ex-boyfriend, who died in an accident. As she packs the items in Caleb's bedroom at the request of his mother, each item reveals an aspect of Caleb that portrays him as drastically different from the boy Jessa thought she knew. Author Miranda's lyrical language translates seamlessly into the audio format, thanks to Spencer's compelling performance. As the story unfolds, Jessa gradually uncovers a mystery surrounding Caleb's accident. As Jessa becomes more desperate to know the truth of what happened, Spencer subtly quickens her pace and ratchets up the tension, leading to a satisfying conclusion. S.P. © AudioFile 2018, Portland, Maine [Published: FEBRUARY 2018]