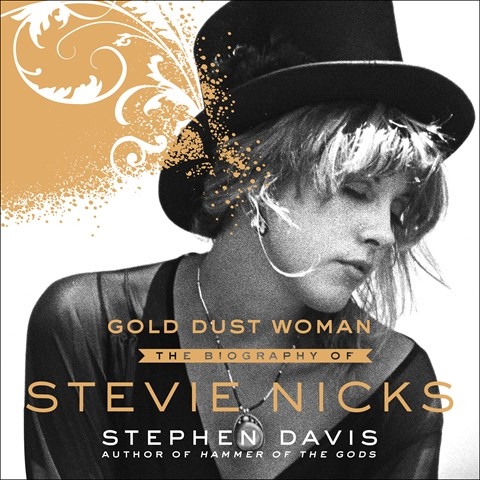 Christina Delaine's performance often feels like rock singer Stevie Nicks herself is telling her story. Delaine conjures up visions of Stevie with her melodious voice, which can turn sharp as a knife when the story makes it necessary. And what a story it is: Everyone wanted her, but no one wanted to love her. This audiobook relies heavily on interviews with friends and associates, and interviews Stevie gave. It illuminates the conflicts within one of America's greatest rock bands and how its members simultaneously hate and love one another. Nicks's music comes from the pain caused by bandmate and lover Lindsey Buckingham, who, ironically, is the one man whose arrangements make her music sound perfect. The meanings of Stevie's songs are explained, exposing her tortured heart and soul. M.S. Winner of AudioFile Earphones Award © AudioFile 2019, Portland, Maine [Published: OCTOBER 2019]