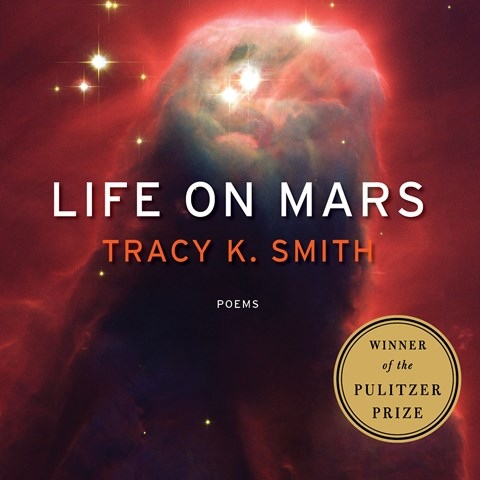 Poet Laureate Tracy Smith narrates her 2012 Pulitzer Prize-winning collection of poetry, exploring reality and imagination in an expansive universe. She fills the space with purposeful pauses and slow, steady monotones that blend the metaphorical and the actual. There is not much fluctuation in her soft tone, which tends to evoke the feeling that everything is okay, although that isn't necessarily the case. Her pronunciation is sharp and clear. And she chooses to elongate certain words, conveying a yearning. She is a storyteller, especially when she talks about her father, a scientist. There is a sort of humble gratitude being offered to her father, who was an engineer who worked on the Hubble Space Telescope. T.E.C. © AudioFile 2017, Portland, Maine [Published: OCTOBER 2017]