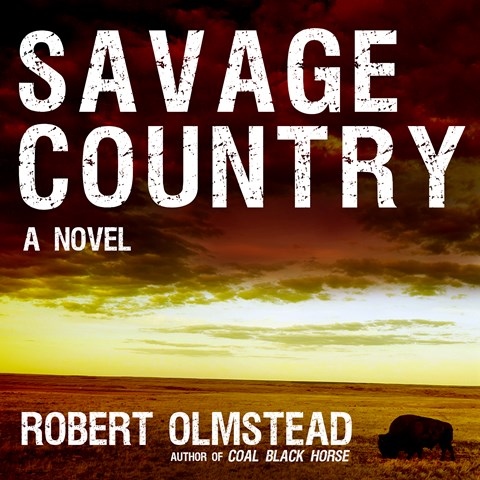 Stark and bleak are good ways to describe the language, landscape, and characters of this novel of the Old West--where, in 1863, dreams are shattered, and greed and cruelty triumph. Narrator Danny Campbell has a wonderful crusty storytelling voice and lovingly reads the historical details, dialogue, and landscape descriptions. Michael Coughlin, now a British citizen, has come back to pay off his brother's mortgage but finds that his brother has died. His sister-in-law, Elizabeth, is trying to help their hired men and their families by mounting a large buffalo hunt. Characters are wonderfully defined by Campbell. His intense pacing matches this fast-paced Western as he adds drama and emotional depth to the struggling characters. S.C.A. © AudioFile 2017, Portland, Maine [Published: DECEMBER 2017]