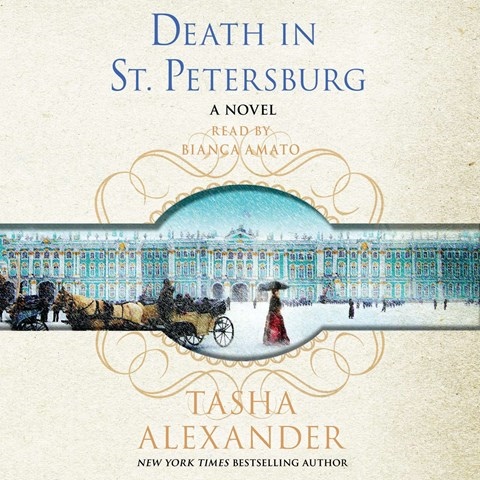 Author Tasha Alexander's extensive research creates a story brimming with the drama and opulence of czarist Russia in early 1900. Narrator Bianca Amato portrays Lady Emily, an independent, intelligent woman who has joined her husband, who is on assignment in Russia for the British government. Amato's narration is easy to listen to, and her accents are excellent, but the multitude of Russian names and their derivatives are difficult to sort out. Some of the characters have Russian accents, but during flashbacks their accents become British, which adds to the confusion. The story follows Lady Emily's investigation into the murder of a famous ballerina. Fans of Lady Emily will be pleased to follow her persistent interrogation but must be prepared to focus. L.M.A. © AudioFile 2017, Portland, Maine [Published: DECEMBER 2017]