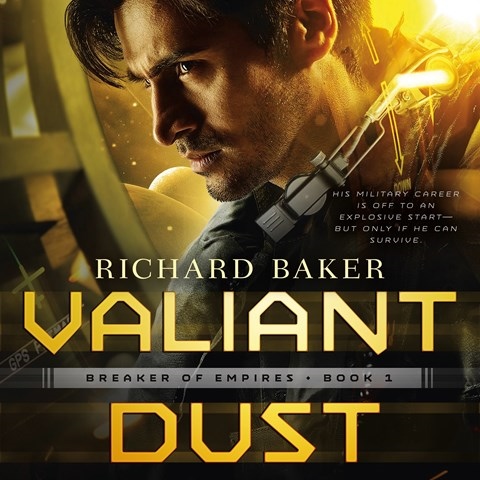 There's nothing like military science fiction to challenge a narrator. Take, for example, this first audiobook in the Breaker of Empires series. Its privileged protagonist, Sikander North, comes from the colony of Kashmir (think India), and he must battle to earn his place on the CSS HECTOR, an Aquilian Commonwealth (think Britain) starship. The HECTOR is assigned to protect an Islam-based colony (Saudi Arabia) from an uprising, which is being aided by an agent of the Dremmish Empire (Germany). Brit narrator Steve West ably handles the many necessary accents (the HECTOR is staffed by natives of Aquila's many colonies) as well as the names of the exotic weaponry. Due to West's top-notch effort, the production rockets along--just what an enjoyable space adventure should do. D.E.M. © AudioFile 2018, Portland, Maine [Published: APRIL 2018]