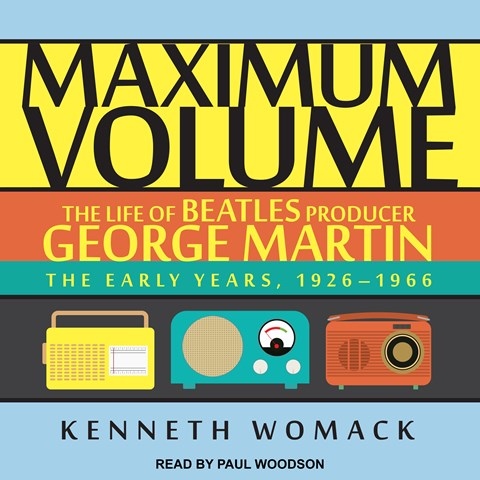 This listening experience is a treat! Kenneth Womack's examination of George Martin's life will entertain those who fondly remember, and those who enjoy, the "British invasion" of popular music in the 1960s. Paul Woodson provides a beautifully professional narration with British inflections throughout. His timing, pacing, and flair are simply perfect. The record producer who initially spurned and later embraced the four lads from Liverpool is profiled in grand style. Martin's production work with Ella Fitzgerald, Shirley Bassey, Cilla Black, and many others, is examined with meaningful behind-the-scenes narratives. The audiobook's greatest strength is a perfect level of detail to maintain the listener's interest. This is the first of two intended volumes--this one ends in 1966. It sounds like more great listening lies ahead. W.A.G. © AudioFile 2017, Portland, Maine [Published: DECEMBER 2017]