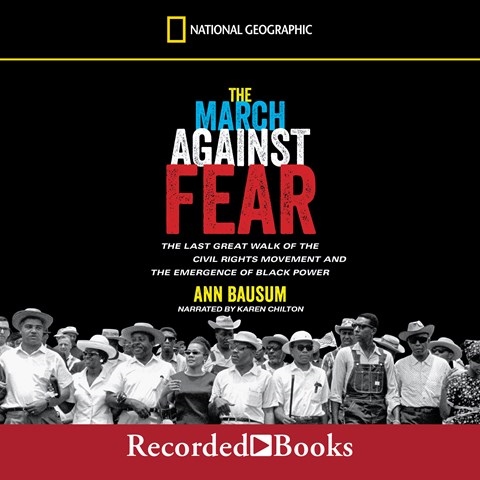 Narrator Karen Chilton echoes the determination of Civil Rights activists in Mississippi's often overlooked but hugely influential March against Fear in 1966. Its initiator, James Meredith, was shot early in the march, and his mission was adopted by a coalition of black leaders with sometimes competing agendas. As Martin Luther King, Jr., sought to temper more revolutionary members, Chilton conjures his famously Southern, deliberate, and lyrical manner of speech. She rhythmically repeats the marchers' chant: "What do we want? Freedom! When do we want it? Now!" When young Stokely Carmichael becomes the group's most prominent spokesperson, Chilton brings compelling intensity to his speeches and the marchers' new rallying cry: "Black Power. Black Power." Her measured narration evokes the steady tramp, tramp, tramp of feet marching towards justice. L.T. Winner of AudioFile Earphones Award © AudioFile 2017, Portland, Maine [Published: DECEMBER 2017]