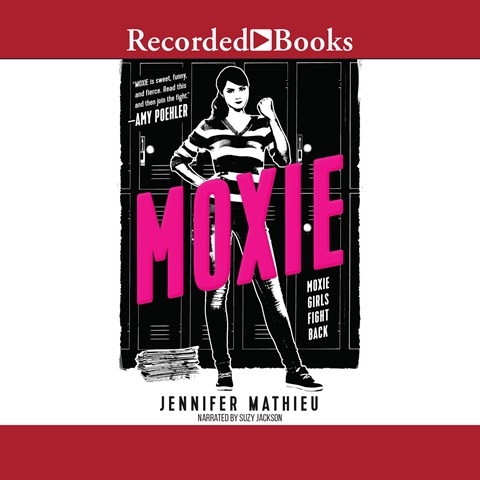 Narrator Suzy Jackson voices young, determined Vivian, a high school junior who is tired of the boys in her school treating her and her female classmates like objects. Vivian is ready to do something new-- something gutsy. Inspired by some crazy-awesome girl bands and photos from her mother's defiant teenage years, she sets out to change things. Secretly writing and distributing hundreds of zines isn't easy, especially when so many of Vivian's classmates are hesitant to respond to the motto "Moxie girls fight back!" In this beautifully narrated audiobook, listeners follow along with Viv as she learns just what it takes to change the perspective of a school, a city, and, eventually, herself. V.C. © AudioFile 2017, Portland, Maine [Published: NOVEMBER 2017]