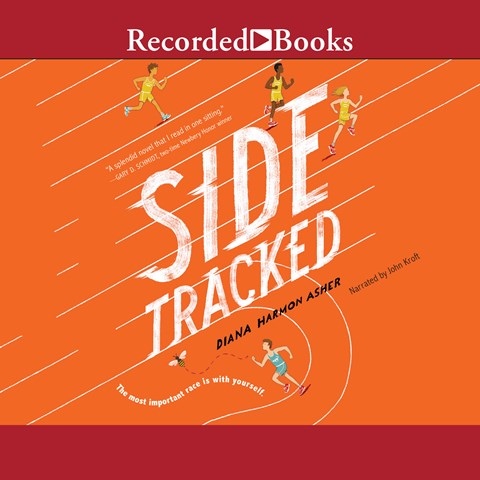 Seventh grade is no picnic for Joseph Friedman, whose myriad anxieties and difficulties are warmly delivered by narrator John Kroft, mirroring the humor and poignancy of Asher's debut novel. Loosely based on the experiences of Asher's oldest son, the audiobook focuses on Joseph's participation on the cross-country team. Rescued from the school bully by Heather, a girl who becomes his friend and running buddy, Joseph learns the value of the "PR," or personal record, competing only with himself each time he runs. While Kroft doesn't have the light voice of a middle school boy, his restrained narration accurately develops the characters with an understated pitch and expert comedic pacing, capturing the struggles and successes of Joseph, his friends, and family. S.G. © AudioFile 2018, Portland, Maine [Published: JANUARY 2018]