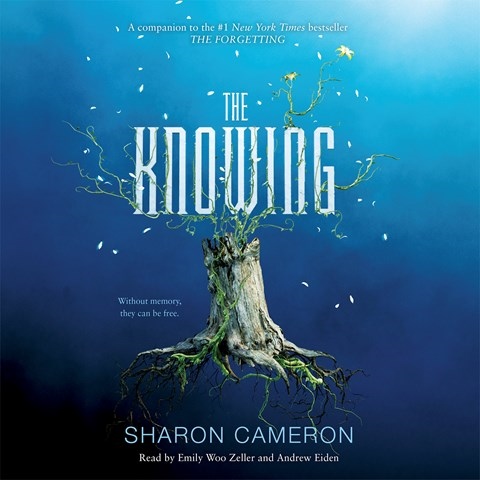 Set in the underground city of New Canaan on the planet of Canaan, this story follows two narrators. Samara, one of the Knowing, has the privilege of not having to deal with the Forgetting. Emily Woo Zeller's portrayal of Samara is reflective of her character, especially the struggles she deals with and the memories that plague her. The other character is Beck, who is stranded on Canaan after traveling there on a spaceship from Earth. Andrew Eiden's narration is perfect for Beck's point of view. Both voices help create a story that is well described and pulls listener into its world. With distinct perspectives, charming characters, and a unique setting, THE KNOWING will charm listeners. C.G. © AudioFile 2017, Portland, Maine [Published: DECEMBER 2017]