Home»Reviews»HANNA WHO FELL FROM THE SKY 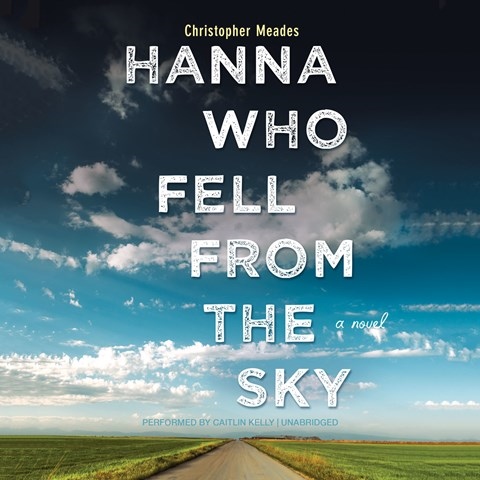 HANNA WHO FELL FROM THE SKY

Hanna, the oldest of nine children, lives in Clearhaven, a polygamous cultish society. Narrator Caitlin Kelly's clear, emotionally fluid voice delivers the story of Hanna's struggle against the tradition of marriage at age 18; she is promised to her father's friend, Edwin. With a soft voice, Kelly captures Hanna's questions about her culture, especially after she meets Daniel, a young man her age. Shifting her tone, Kelly also portrays the other members of this polygamous tribe, the sister-wives and flocks of children and, most especially, the men who dominate them. Kelly's melodious voice draws listeners into this unusual story of love between Hanna and Daniel, their discovery of the outside world, and their discontent with the isolated society in which they were raised. M.B.K. © AudioFile 2017, Portland, Maine [Published: NOVEMBER 2017]