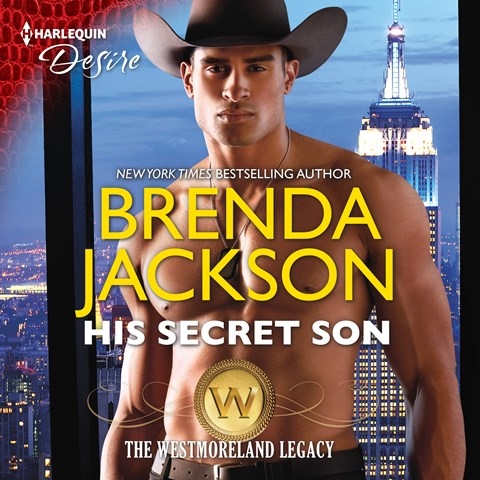 Pete Ohms's narration breathes life into the romance between artist Bristol Lockett and Navy SEAL Laramie (Coop) Cooper. It begins with a Christmas fling and a surprise pregnancy, followed by an unexpected reunion several years later. In an anxious voice, Pete Ohms portrays Bristol's totally valid fears for her heart and that of her two-year-old son. She had been told that Coop died, but now he's coming back into their lives, wreaking havoc on the small family. Coop's deep Texas drawl and authoritative military mannerisms balance well with his son's sweet baby talk. Ohms speaks in a sincere and believable voice throughout the audiobook as Coop pursues Bristol. This is Jackson's latest in her long standing Westmoreland Legacy series. A.M.G. © AudioFile 2017, Portland, Maine [Published: DECEMBER 2017]