Home»Reviews»THE STORM BEFORE THE STORM 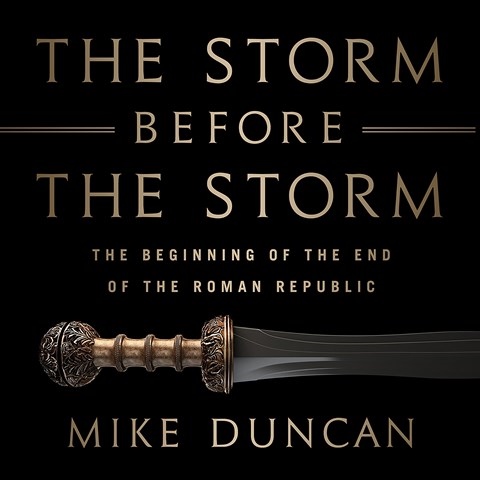 Duncan's examination of the early subversion and corruption of the Roman Republic, while broadly competent, suffers from errors in writing and narration that should have been caught and corrected. The history is informative and flows well as a story, and, for the most part, he delivers it clearly in a well-paced and expressive reading. Though his voice and manner are not especially engaging, and there's a touch of amateurishness to his performance, he's effective at using tone, pauses, and emphases to convey the text's meaning. But mistakes in the writing, for example, "approbation" where "opprobrium" is meant, and in the reading, such as his persistent mispronunciation of plebeian as "pebleian," are distracting and off-putting. This program could have been much improved by more care. W.M. © AudioFile 2018, Portland, Maine [Published: JANUARY 2018]