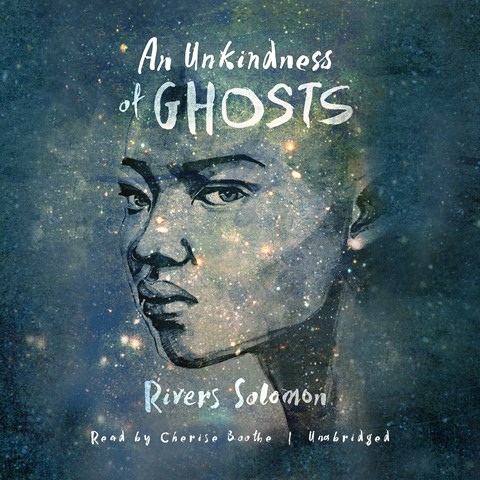 AN UNKINDNESS OF GHOSTS

Narrator Cherise Boothe has her hands full with this story set aboard an interstellar ark for humanity. The HSS MATILDA has the class structure of the pre-Civil War South, with overseers on the upper decks and sharecroppers down below. With each section having its own patois and the rulers their own stiff language, Boothe must juggle a dozen different accents and dialects, and she does so with ease. Aster, the novel’s protagonist, is an outsider even among her own on the lower decks, a scientist and assistant to the surgeon. Thanks to Boothe, the listener can distinguish which of Aster's gaggle of roommates and relatives is speaking at any point and cheer her as she struggles to break free of her cage. D.E.M. © AudioFile 2018, Portland, Maine [Published: FEBRUARY 2018]