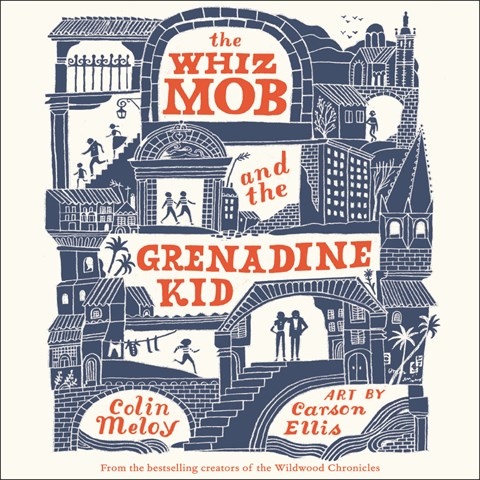 THE WHIZ MOB AND THE GRENADINE KID

Narrator Bronson Pinchot creates a distinct accent for each member of the Whiz Mob gang, a network of young pickpockets who are trained to steal from wealthy folks all over the world. When well-to-do Charlie meets a young pickpocket named Amir and strikes up a friendship, he decides to delve into the life of petty crime and join the Whiz Mob gang. Pinchot balances an evenly paced narrative with moments of exciting dialogue, sometimes even taking a break from the story to speak directly to the listener about what will happen next. Listeners will be intrigued by Charlie's struggle to keep his friendships but also protect his affluent father from becoming a victim of his newfound lifestyle. M.D. © AudioFile 2017, Portland, Maine [Published: NOVEMBER 2017]