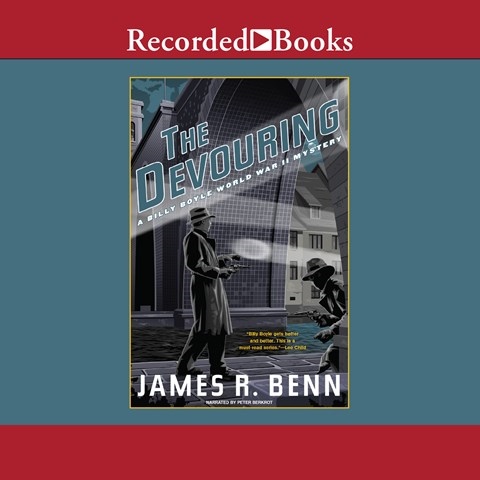 In the twelfth installment of the series, Billy Boyle, the young Boston detective, teams up with Kaz, a Polish baron, to stop Nazis from accumulating, laundering, and hiding their ill-gotten gains in Swiss banks. They're joined by Anton Lasho, a member of the Sinti (Romani) ethnic group, whose family was destroyed by the Nazis. Narrator Peter Berkrot delivers a credible Boyle, complete with Boston accent, and performs a multitude of European and American accents for the other male characters, some of whom are real historic figures. The female characters, however, present more of a challenge for his gruff voice. The listener should be prepared to spend many hours moving from one tense scene to the next in a world turned upside down. E.Q. © AudioFile 2018, Portland, Maine [Published: JANUARY 2018]