Home»Reviews»TINY TIM AND THE GHOST OF EBENEZER SCROOGE 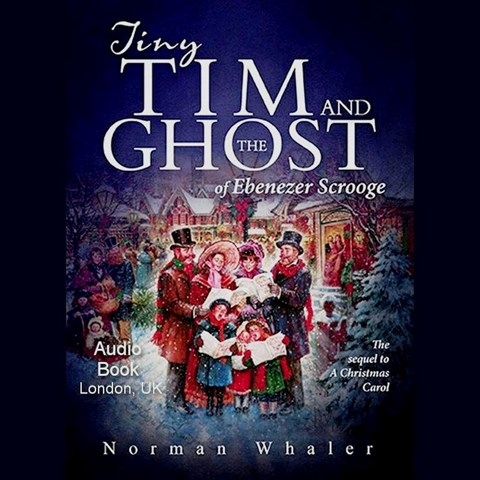 This unique sequel introduces Charles Dickens's Tiny Tim as an adult. Narrator Gordon Griffin winningly portrays an older Tim Cratchit. It's sad to hear that he's become like the unreformed Scrooge! Griffin's Cratchit explains that the death of his dear friend Scrooge and losing the woman he hoped to marry have challenged his faith. Naomi Frederick deftly conveys the loving voices of Cratchit's mother and his long-lost Becky. Outstanding sound effects like a gonging clock and lively street noise take listeners to Victorian London. On Christmas Eve, when Cratchit is at his lowest ebb, Scrooge's ghost--who has an appropriate echoing, raspy voice--appears to him. Scrooge movingly convinces Cratchit that helping others is life's most important work. Joyous Christmas music adds to this holiday pleaser. S.G.B. © AudioFile 2017, Portland, Maine [Published: DECEMBER 2017]