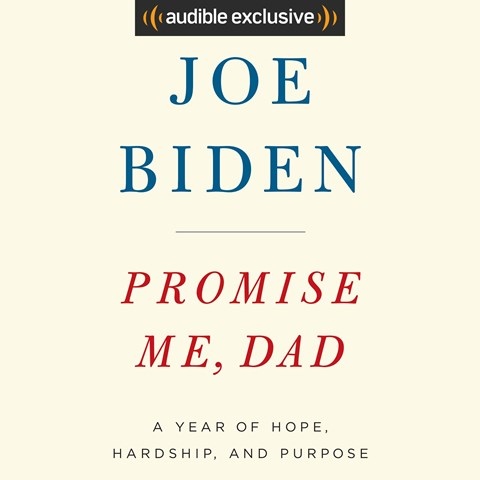 PROMISE ME, DAD A Year of Hope, Hardship, and Purpose

This audiobook is a listening experience in which the author/narrator opens his heart. Vice President Joe Biden, a practiced orator, delivers his memoir with empathy, passion, and the occasional smattering of regret. A public man who served more than three decades in the U.S. Senate and eight years as vice president, Biden shares the wrenching experiences of the year his son Beau, the attorney general of the state of Delaware, suffered and ultimately died from a brain tumor. While his son was being given heroic and experimental treatments, Biden was being encouraged to run for president. All the while, he maintained a globe-trotting schedule and had a weekly lunch meeting with the president. The audiobook has the additional benefit of a fine interview at the end with journalist Mike Barnicle. A.D.M. © AudioFile 2017, Portland, Maine [Published: DECEMBER 2017]