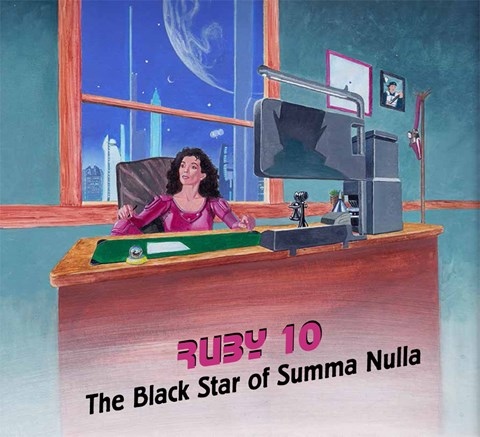 by Tom Lopez | Read by a Full Cast

Rodent Kappor, who sounds like Peter Lorre, has started his own P.S. (Private Snoop) firm on his home planet of Summa Nulla. That can only mean silliness, trouble, horrible puns, and his old pal, Ruby, having to save the day. The sci-fi/noir send-up, "Ruby: The Adventures of a Galactic Gumshoe," first appeared on over 500 radio stations worldwide 35 years ago and has been entertaining a loyal following ever since. The dialogue and characters are gentle and sweet, with just the right touch of satirical sting. The jazz-infused background music is gorgeous, and the production values are second to none. RUBY 10 is another wonderful offerings from ZBS--one of audio theater's best, oldest, and most independent--independent producers. An audio treasure. B.P. Winner of AudioFile Earphones Award © AudioFile 2017, Portland, Maine [Published: NOVEMBER 2017]