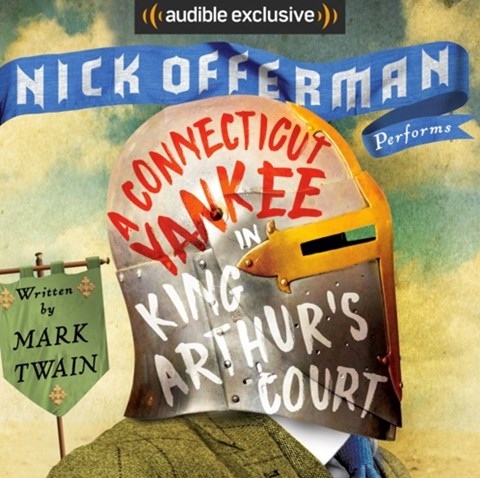 Mark Twain's ironic tale follows a man from the nineteenth century who travels back in time to the sixth century. Narrator Nick Offerman's deep voice is at once familiar. He uses his natural voice for the narrator, the Connecticut Yankee, who speaks in a likable tone and distinctly American accent. However, Offerman is especially surprising in his flawless transition from the measured American speaker to the cadenced speech of the sixth-century British characters. He achieves a range of British dialects, and his voice completely transforms in these vocal characterizations. Offerman's distinct contrast between the informal narrator and the elevated sixth-century language enhances the conversational exchanges. Offerman's performance is fitting to Mark Twain, who even mentions in the novel how essential dialects are in helping the reader to distinguish individual characters. D.M.W. © AudioFile 2017, Portland, Maine [Published: NOVEMBER 2017]