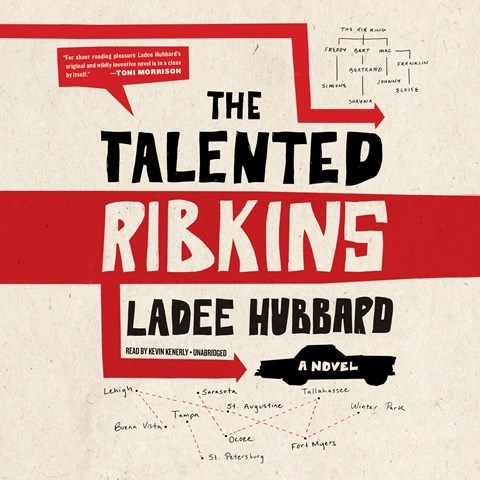 Narrator Kevin Kenerly depicts several generations of family members as Johnny Ribkins retrieves money to pay off his mobster boss by digging up caches of it spread throughout Florida. At the first stop, he discovers his brother had a daughter. With the 15-year-old in tow, Ribkins reconnects with different family members, allowing Kenerly, through tone and inflection in particular, to show his facility with characters of all ages. Kenerly is particularly adept at depicting strong women as he shows the family dynamics in action. At each stop, Ribkins reconnects with a part of his history, recapturing his sense of pride, an attitude that Kenerly gradually builds into his persona. J.E.M. Winner of AudioFile Earphones Award © AudioFile 2018, Portland, Maine [Published: JULY 2018]