HomeÂ»ReviewsÂ»MURDER ON THE ORIENT EXPRESS 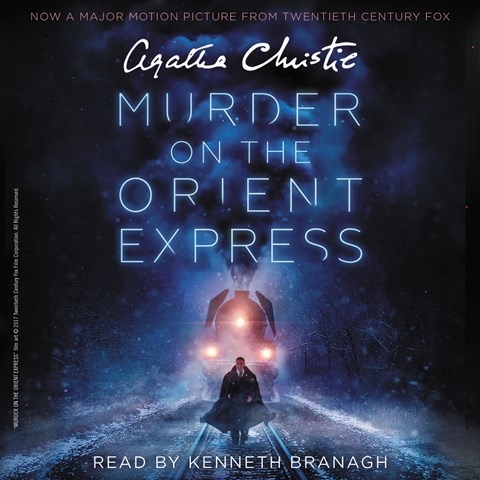 MURDER ON THE ORIENT EXPRESS

Kenneth Branagh offers a full-cast performance all by himself in this delicious production of a 1934 Christie classic that is often remembered only for its film adaptations. What a pleasure to encounter the author's original intent and be reminded of how cleverly she devised plots and characters. For those who need reminding, the plot involves a murder on a snowbound Orient Express and Hercule Poirot's investigation of the crime. The characters include Americans, Swedes, Russians, Brits, French, and, of course, our favorite Belgian. Men and women. Highborn and low. In between his fine, warm narration, Branagh becomes a fretful American lady, a nervous French train steward, a haughty Russian countess, an Italian laborer, and many more. In conversation, it's breathtaking. Make it your next listen. A.C.S. Winner of AudioFile Earphones Award © AudioFile 2017, Portland, Maine [Published: NOVEMBER 2017]