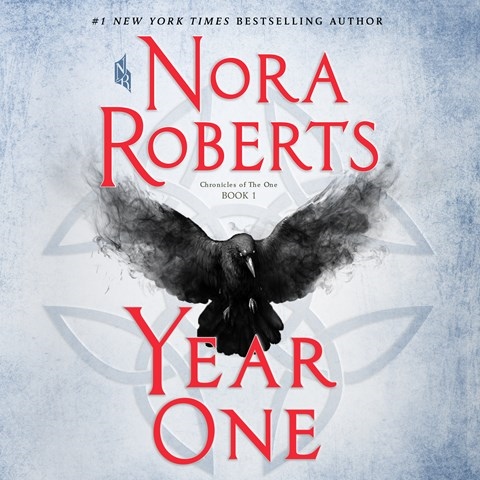 YEAR ONE Chronicles of The One, Book 1

Nora Roberts's newest audiobook, narrated by Julia Whelan, involves a dystopian world in which technology has failed, good and evil fight for control, and a belief in magic reasserts itself. Whelan brings the cast of characters to life as they escape a world that is possibly in its death throes. In varied speech patterns, she portrays their determination and strength, yet their vulnerability also comes through clearly as she fully captures the intensity of their predicament. First in the Chronicles of the One, this long audiobook will be over before the listener is ready. Roberts's fans will surely want to come back to learn how the cliff-hanger ending resolves. A.M.G. © AudioFile 2017, Portland, Maine [Published: NOVEMBER 2017]