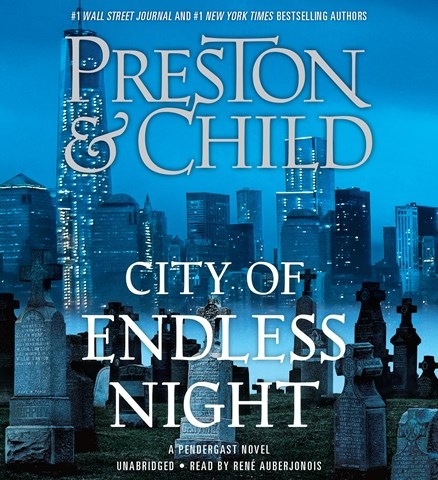 René Auberjonois narrates the eagerly awaited seventeenth outing for Special Agent Pendergast with his usual quiet assurance. Auberjonois sounds as much a part of this series as Pendergast's old friend, Lieutenant D'Agosta, of the NYPD. Here, they're pitted against The Decapitator, a mystery assailant who is beheading some of New York's richest people, creating social panic. It's a challenge for authors of long-running series to maintain momentum and create a sense of peril for characters who have survived life-threatening situations again and again. In the final third of this audiobook, Preston and Child do just that, aided and abetted by Auberjonois. All of the audiobook is enjoyable, but the end is a triumph, and exhausted listeners will be rewarded by the epilogue's update on the next installment, which features Pendergast's personal life. C.A.T. © AudioFile 2018, Portland, Maine [Published: JANUARY 2018]