HomeÂ»ReviewsÂ»THE LARGESSE OF THE SEA MAIDEN 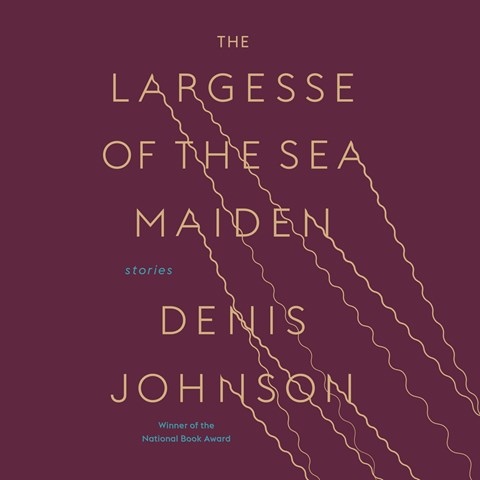 THE LARGESSE OF THE SEA MAIDEN

The audio version of Denis Johnson's posthumous short story collection has an eye-popping cast of celebrity narrators. Actors Nick Offerman, Michael Shannon, Dermot Mulroney, Will Patton, and Liev Schreiber are simply terrific. In the title story, Offerman, as an ad man in his 60s, delivers lines like, "Have I loved my wife? We've gotten along . . . " with a sublime blend of thoughtfulness and dry humor. Shannon is wry and tense as a recovering alcoholic writing letters to his family. The gravelly voiced Mulroney finds humor and pathos in a story of life in a county jail. Patton brings a hushed intensity to his role as an aging novelist. And, finally, Schreiber expertly vacillates between serious and absurd as a poet who's obsessed with a conspiracy theory about Elvis. A.T.N. Winner of AudioFile Earphones Award © AudioFile 2018, Portland, Maine [Published: JANUARY 2018]