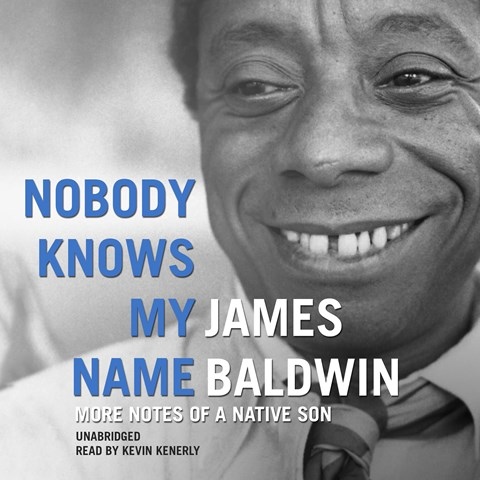 NOBODY KNOWS MY NAME More Notes of a Native Son

Despite having been written over half a century ago, this remains an incredibly relevant work. And narrator Kevin Kenerly does an outstanding job bringing just the right tone to a book that could have, in lesser hands (or voice, as the case may be), come across as strident or lecturing. Instead, Kenerly expertly conveys Baldwin's struggle to understand the times in which he was living, his self-imposed exile abroad, subsequent decision to return home--and then venture into the South. The series of essays in this audiobook sheds light on the thinking of one of this country's preeminent intellects. Baldwin could not have asked for his words to be delivered by someone better than Kevin Kenerly. J.P.S. © AudioFile 2018, Portland, Maine [Published: AUGUST 2018]