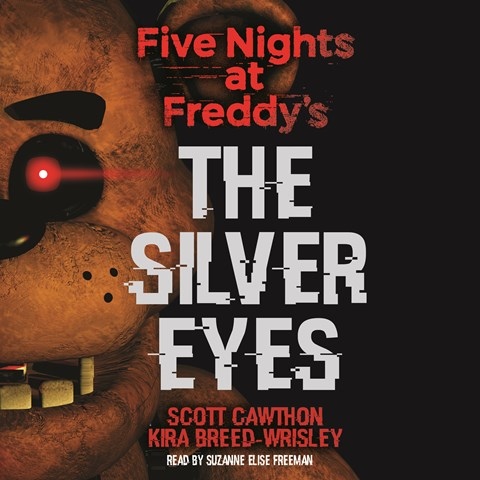 Scott Cawthon and Kira Breed-Wrisley are a dynamic storytelling duo, and narrator Suzanne Elise Freeman deftly conveys all the bittersweet nostalgia and dread in their tale, based on the bestselling indie game Five Nights at Freddy's. Charlie spent years trying to forget her father's restaurant, Freddy Fazbear's Pizza; the animatronics he created; and the horrors they unleashed. Now, she has reunited with her childhood friends to face the horror of Freddy's once again. Freeman portrays Charlie's traumatic memories beautifully--from her wonder at her father's creations to her terror at realizing their awful potential. Though little effort is made to differentiate the protagonists, Freeman's narration is chilling in its calm, soft delivery, transforming a somewhat outlandish story into an unrelenting nightmare. B.E.K. © AudioFile 2018, Portland, Maine [Published: MAY 2018]