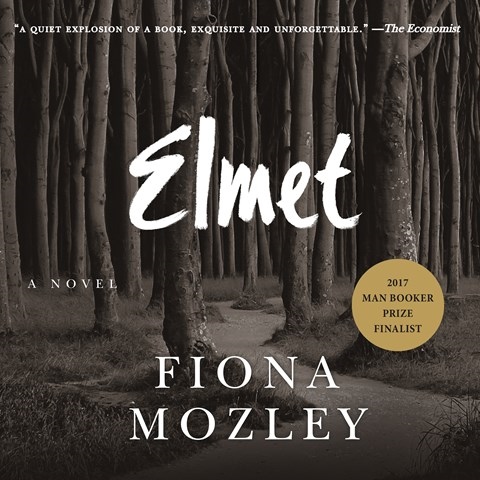 The dialect of northern England is a defining element in Fiona Mozley's kicker of a first novel, a finalist for this year's Man Booker Prize. Narrator Gareth Bennett-Ryan gives just enough of that sound to draw the listener into her strange and savage landscape. At first, and for what seems like many minutes, we have only that voice--the voice of a boy in an identified place, time, and circumstance. By calculated degrees, we're brought from an atmosphere of mystery into a meticulously detailed contemporary northern England that is no less ungoverned and menacing than the worlds of fantasy and the supernatural that comprise Bennett-Ryan's usual repertory. In an unforgettable match of voice and text, Bennett-Ryan creates a distinctively accented and nuanced world that is equal and counterpart to Mozley's unique literary achievement. This memorable match of voice and text is a double pleasure, and a work of suspense unlike anything you've heard before. D.A.W. Winner of AudioFile Earphones Award © AudioFile 2017, Portland, Maine [Published: DECEMBER 2017]