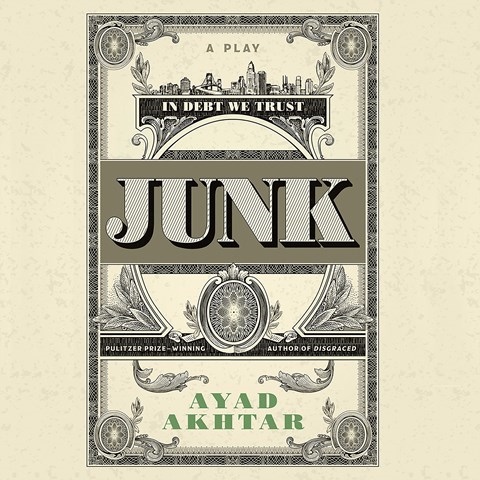 Listening to a play on audio should be feel like a radio play, with characters interacting with one another in a steady stream of dialogue and action. This full-cast production of JUNK, a play about junk bonds, takes on wonderful regional accents from New York to L.A. and from Texas to the Midwest. A narrator reads the stage directions and the narrative in an uninflected voice that blends into the background. The performer portraying junk bond guru Robert Merkin captures his slick personality. The rest of the cast, playing stockbrokers, journalists, SEC and IRS investigators, and the swindled, take on their characters' personalities and mannerisms. Does honesty triumph over the unscrupulous? Listen and find out. M.B.K. © AudioFile 2017, Portland, Maine [Published: DECEMBER 2017]