Home»Reviews»FRANKENSTEIN and THE RIME OF THE ANCIENT MARINER 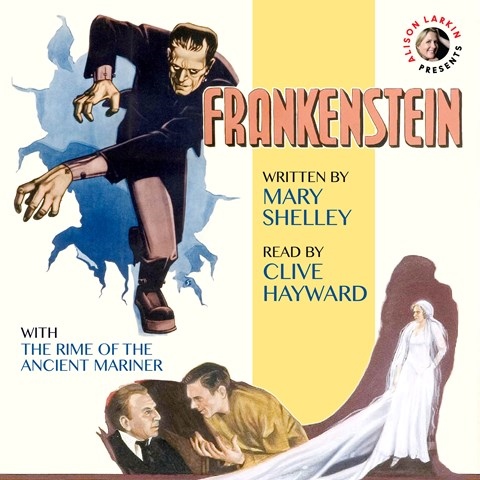 FRANKENSTEIN and THE RIME OF THE ANCIENT MARINER

Clive Hayward passionately narrates Mary Shelley's timeless novel, commemorating its 200th anniversary. Listeners accompany Victor Frankenstein on his magnificent and horrific voyage around Europe and observe as he produces his terrifying yet powerful creation. Haywood artfully describes the beauties and hardships of the nineteenth century and convincingly depicts the story's many supporting characters. His consummate portrayals are the calm and then frantic Frankenstein and the raspy voice of the Creature as he learns to talk, observe, and comment on humans. The ensuing violence sounds at once terrifying and heartbreaking. A second work, an emotive rendering of Coleridge's RIME OF THE ANCIENT MARINER, clearly demonstrates the poem's influence on Shelley. Biographical comments about Shelley round out a deeply rewarding listening experience. S.G.B. Winner of AudioFile Earphones Award © AudioFile 2018, Portland, Maine [Published: FEBRUARY 2018]