Home»Reviews»THREE DAYS BEFORE THE SHOOTING . . . 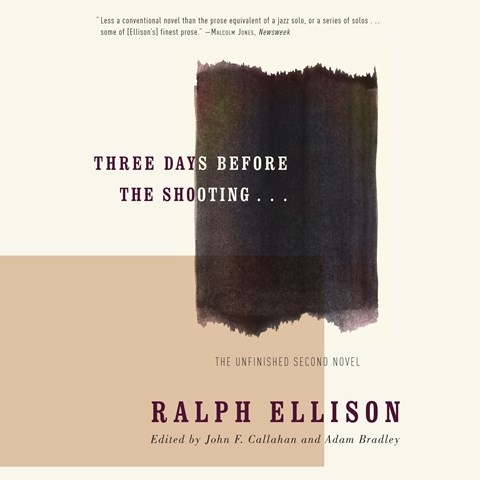 THREE DAYS BEFORE THE SHOOTING . . .

Ellison's unfinished novel delves much further into race in American culture, encompassing family, politics, geography, and a changing American landscape. Arthur Morey's narration focuses on the introductory material such as the editor's note, the book's history, and Ellison's biography. Dominic Hoffman narrates the rest, including the actual story and the later draft notes and additional material. His voice carries the gravitas, personality, and consistency that such a lengthy and powerful novel demands. Hia deep pitch, raspy timbre, and languid pace seduce the listener. When racist Senator Adam Sunraider is shot, Alonzo Hickman, a black preacher, holds vigil by his bedside, which raises ire, suspicion, and curiosity of everyone, with implications that will shake the foundations of many people's understanding of race. L.E. © AudioFile 2018, Portland, Maine [Published: JULY 2018]