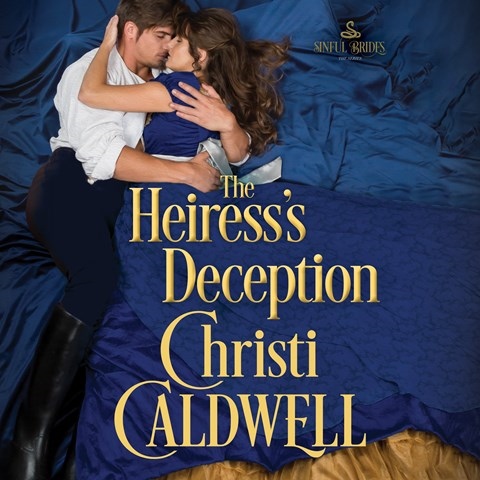 Narrator Tim Campbell captures the delightful intimacy of this historical romance. As children, Lady Eve Pruitt, a duke's daughter, befriended a street urchin, Calum, with terrible consequences. Later, Eve becomes a desperate heiress who masquerades as a bookkeeper at Calum's gambling club. Campbell masters a deep-throated growl of frustration, which he gets to use often as Calum untangles Eve's mysterious machinations. Campbell switches from an aristocratic English accent to street cant with admirable fluidity and captures with equal sincerity Eve's guilt and fear. His voice for Eve is low yet feminine, and always tinged with emotion. As Eve's thoughts convey her conflicted presence in Calum's club, the tension keeps listeners' attention to the very end. C.A. © AudioFile 2018, Portland, Maine [Published: FEBRUARY 2018]