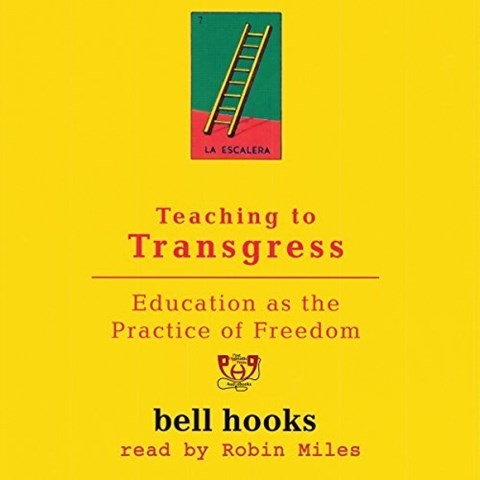 TEACHING TO TRANSGRESS Education as the Practice of Freedom

Nearly 25 years after its print publication, feminist and cultural theorist bell hooks's collection of essays comes to audio, narrated by Robin Miles. Hooks identified the phenomena now named intersectionality and addresses them here, along with responding in a nuanced way to Paulo Freire's philosophy of pedagogy of oppressed peoples. Miles chooses an unusual approach to this narration, giving the essays a casual pace and modulation, as though hooks were speaking to good friends rather than writing academically. She creates a listening experience that works surprisingly well. Those new to hooks and aware of more contemporary constructions of the uncomfortable realities of feminist discussions across racial lines would do well to lend an ear to this audiobook. F.M.R.G. © AudioFile 2018, Portland, Maine [Published: FEBRUARY 2018]