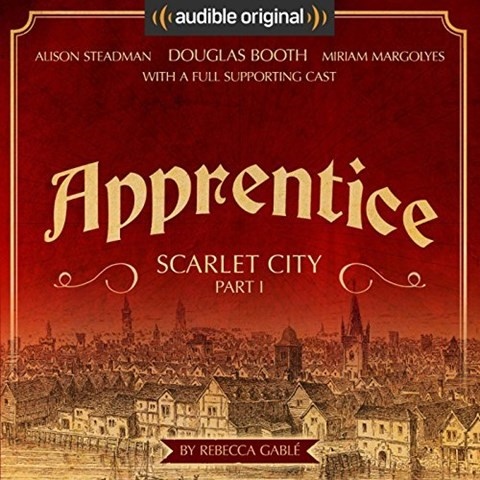 With a bright and perceptive vocal presence, acclaimed English-Australian character actress Miriam Margolyes leads a British all-star cast in telling this historical story. A young man rises from being a lowly weaving apprentice to become a captain of industry in fourteenth-century England. At first, the production has the feel of TV show aimed at adolescents. But when the hero, Jonah, meets the historical characters King Edward III and Queen Phillippa, played with mystery and energy by Alexander Vlahos and Tracy-Ann Oberman, the production jumps to another level. The Hundred Years War and the Black Death are on the horizon, and the listener is introduced to a fascinating and crucial chapter in European history. B.P. © AudioFile 2018, Portland, Maine [Published: MARCH 2018]