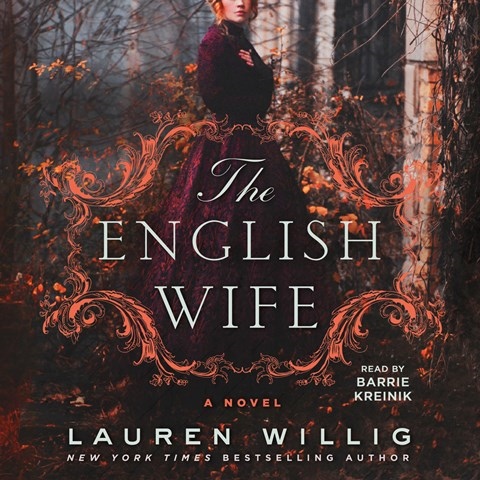 Willig's audiobook, set in Gilded Age New York and London, is a mix of romance, mystery, and murder. Narrator Barrie Kreinik is a perfect fit for the mix of British and American characters. Kreinik's delivery ranges from Annabelle's proper British accent to the deep tones of Bayard Van Duyvil, her American husband, and his family, including his younger sister, Janie. The story alternates between the events following Bay's murder, and Bay and Annabelle's story. Kreinik's reading is slow paced, allowing the tension to build as the story unfolds. But it's her portrayal of Janie that really develops throughout the story as Janie teams up with a reporter to find her brother's killer, making her own choices and maybe even falling in love. E.N. © AudioFile 2018, Portland, Maine [Published: MARCH 2018]