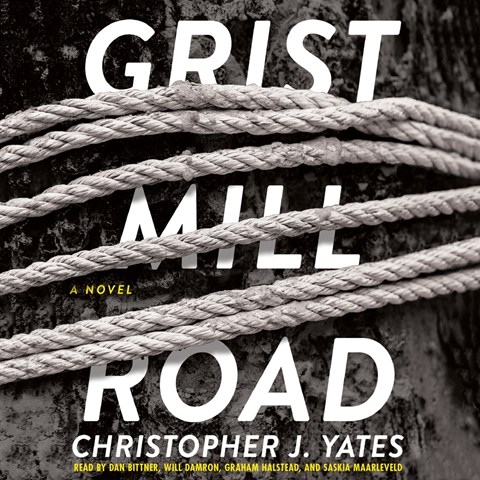 Four distinct voices tell the story of a disturbing incident and its far-reaching aftermath. In 1982, teenager Matthew brutally assaulted Hannah with a BB gun while Patrick, frozen by indecision, just watched. Fast forward to 2008--Hannah is married to Patrick, though she doesn't remember that he witnessed the shooting. Then Matthew reenters their lives, triggering yet another descent into violence. Each adult character looks back retrospectively on 1982. Narrators Dan Bittner, Saskia Maarleveld, and Graham Halstead do a marvelous job delivering first-person accounts leading to the same terrible crime. Will Damron provides a taut narration of the 2008 events, which are told omnisciently in the third person. It's a labyrinth of shifting perspectives, but the narrators keep this grim story focused and mesmerizing. A.T.N. © AudioFile 2018, Portland, Maine [Published: JANUARY 2018]