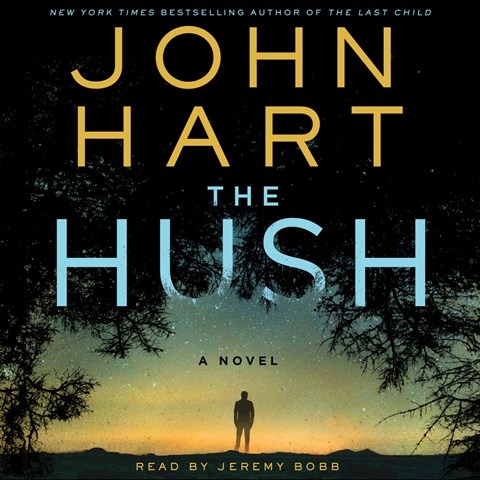 A audiobook that adds supernatural elements to a legal thriller sounds a bit odd, but John Hart pulls it off. The story is greatly enhanced by narrator Jeremy Bobb. No character is too small for Bobb's vocal attention. As Johnny Merrimon clings to his beloved--and valuable--land, he remains steady and measured, while his father-in-law sounds gentle and calm. Johnny's best friend, Jack, dates a lawyer from Alabama with a deep twang that never wavers. Members of the family coveting Johnny's land--a young woman, her mother, and a matriarch--each have their own vocal identities. Various sheriff's deputies and assorted characters who weave in and out of the mystery are given as much attention as those who figure prominently. A great example of a riveting story enhanced by a creative, consistent narration. M.B. © AudioFile 2018, Portland, Maine [Published: MAY 2018]