HomeÂ»ReviewsÂ»THE UNCANNY EXPRESS: THE UNINTENTIONAL ADVENTURES OF THE BLAND SISTERS 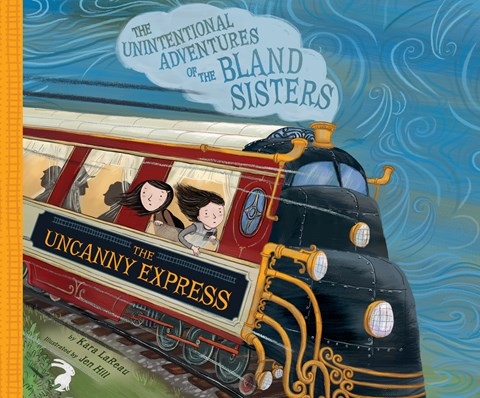 THE UNCANNY EXPRESS: THE UNINTENTIONAL ADVENTURES OF THE BLAND SISTERS

Rosalyn Landor's meticulous and energetic narration sets the mood for a mystery-filled train trip. Sisters Jaundice and Kale Bland are whisked off by magician Magique (a.k.a. Aunt Shallot) to assist in her next evening of magic. Little do they know that they'll become detectives for the train's many mysteries, including the disappearance of Mademoiselle Magique herself. As the train speeds along, listeners will be swept up by Landor's spot-on characterizations. Topping the list are her portrayals of the "great detective" Hugo Fromage and the smarter-than-they-think Bland Sisters. Also memorable are a scheming countess and her devoted attendant, a sleazy businessman and his seemingly unsuspecting female companion, and a blustering colonel. Tongue-in-cheek fun. A.R. © AudioFile 2018, Portland, Maine [Published: APRIL 2018]