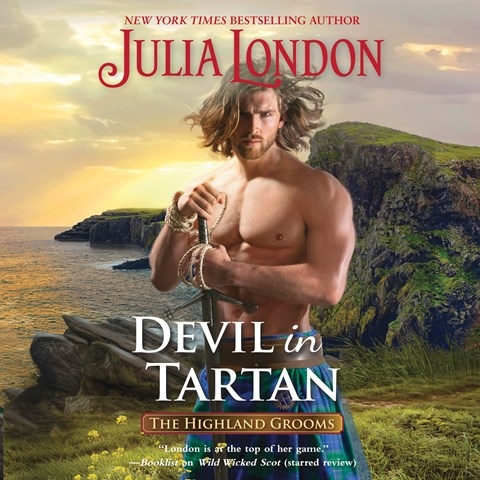 Narrator Derek Perkins delivers another Scottish historical romance, the fourth in this series, and expertly brings the characters to life. In order to save their clan, beautiful Lottie Livingstone and her family sail from their small Scottish island in hopes of selling their illegal whiskey in foreign lands. Their ineptitude on the high seas soon puts them in peril. Fate forces Lottie to "borrow" Aulay's Mackenzie's ship, bringing misadventure and misfortune to the ship and those aboard. With his variety of accents, Perkins excels at differentiating speakers. Using cues from the text, he varies the tones and intonations of the characters, adding another layer to his narration. A.L.S.M. © AudioFile 2018, Portland, Maine [Published: APRIL 2018]