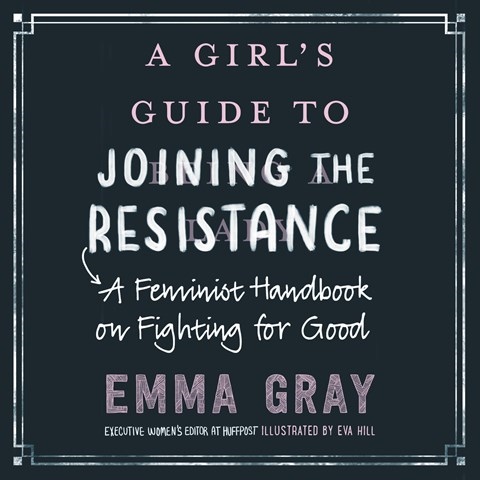 In spite of its brevity, this audiobook edition of journalist Emma Gray's primer on the fundamentals of contemporary American feminism drains rather than inspires energy for joining the movement. Narrator Andi Arndt keeps to an even pace that is almost entirely lacking in inflection, rolling along with only rare deviations from a surprisingly uninvolved--and uninvolving--performance. Because much of the text is composed of long series of brief quotes from many activists and other passages are filled with sentences containing lists, this consistent lack of variation becomes numbing. Those who come to the audiobook knowing little about the topic will need to bring their own enthusiasm, and those well versed in activist, intersectionalist feminism and its roots will not be invigorated by this seemingly cold execution. F.M.R.G. © AudioFile 2018, Portland, Maine [Published: SEPTEMBER 2018]