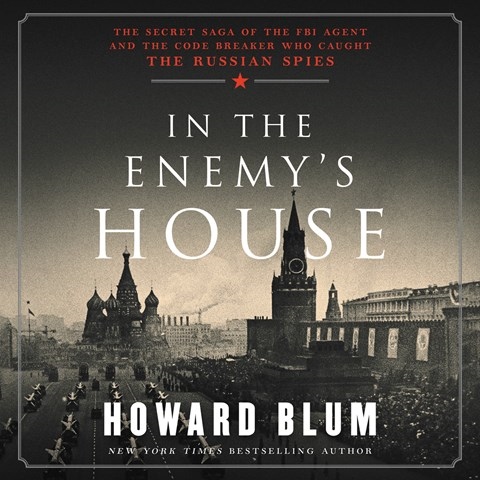 David Colacci gives a superb performance as he narrates Blum's account of how U.S. intelligence and counterintelligence agencies, along with some fortuitous assists from allies, unmasked the massive Soviet penetration of the U.S. government in what is now known as "Venona." In the 1940s, the Soviets were after U.S. atomic secrets and called their effort Operation Enormoz, which it was. The story focuses on how the Rosenberg spy ring was discovered and ends with their execution. Colacci has a Midwestern accent and an expressive voice that moves at a leisurely pace. This reviewer had a hard time breaking away from this production. M.T.F. © AudioFile 2018, Portland, Maine [Published: APRIL 2018]