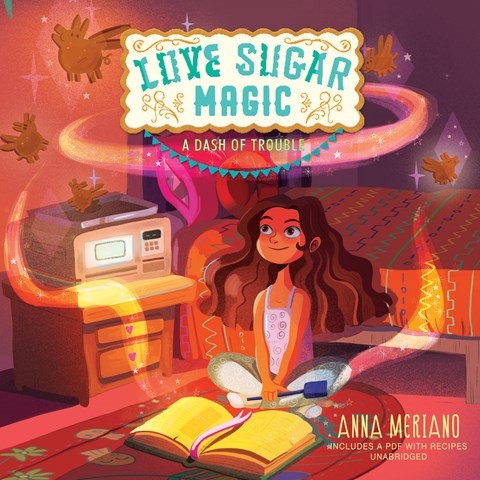 Listeners will delight in this fun debut, the first installment in a planned series. Leonora is an 11-year-old Tejano girl who has recently discovered that her family's tradition of baking is rooted in brujería--witchcraft. Narrator Kyla Garcia switches deftly from an English narration to a Spanish recitation of the magical recipes in Leo's family's old cookbook. Leo isn't fluent in Spanish, so she uses a dictionary to translate the recipes, ensuring that listeners who don't know Spanish will still understand the essential ingredients. The diverse supporting characters are well developed, aided by Garcia's exceptional narration. Each character gets their own voice that fits their personality. These ingredients imbue the audiobook with a little magic of its own, sure to create loyal fans of the new series. S.P. Winner of AudioFile Earphones Award © AudioFile 2018, Portland, Maine [Published: MARCH 2018]