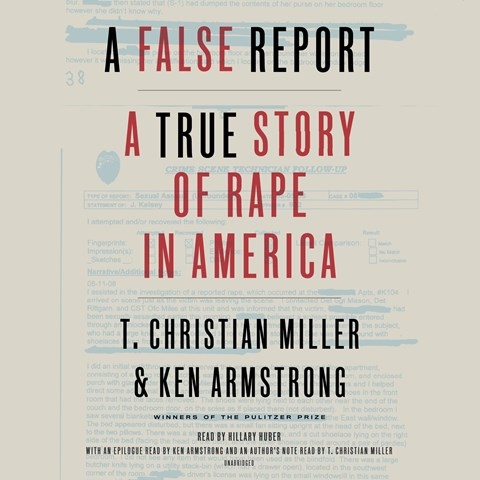 A FALSE REPORT A True Story of Rape in America

This audiobook is a riveting account of a serial rapist, his victims, and the police who investigate. The title comes from the experience of a young woman who was raped but not believed. She recanted under pressure and was charged with filing a false report. It took other police departments to track down the man responsible for the attack and others. Narrator Hillary Huber does a great job with this audiobook. Its story is sensational enough that it doesn't need much of a dramatic boost. Huber's tone is matter-of-fact but not boring. Listeners will supply their own outrage at the incompetence of some police, admiration for others, sympathy for the victims, and dismay at the perpetrator. Huber's understated performance is top-notch. G.S.D. © AudioFile 2018, Portland, Maine [Published: MARCH 2018]