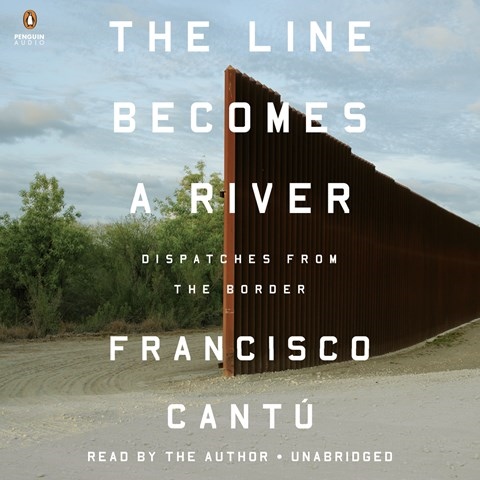 THE LINE BECOMES A RIVER Dispatches from the Border

Francisco Cantu joins the Border Patrol, seeking to understand the stories of those who traverse the long stretches of desert in their attempts to cross the border from Mexico to the U.S. Though Cantu's narration suffers from a lack of vocal variation at times, his pacing heightens the feeling of urgency regarding this hotly contested issue. Cantu is deeply affected by his time in the Border Patrol and by the case of a friend who is unable to return to his family in the United States after visiting his dying mother in Mexico. Moved by the personal stories of those he intercepts but still a dispassionate enforcer of the policies of the Border Patrol, Cantu seeks to provide a personal look at the individuals affected by U.S. policy. S.E.G. © AudioFile 2018, Portland, Maine [Published: APRIL 2018]