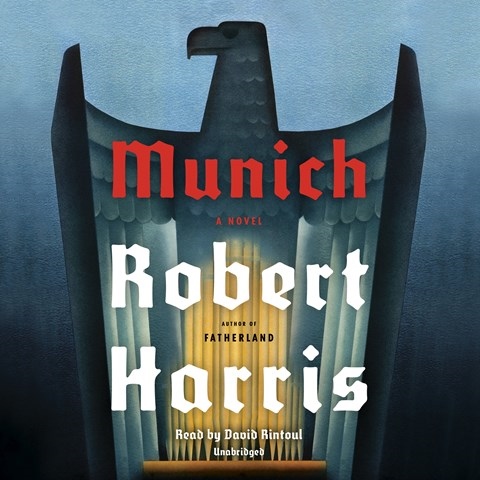 Vocally dexterous narrator David Rintoul guides listeners through this spy thriller by the bestselling author of FATHERLAND with a sure hand. Harris uses fascinating background characters to pull back the curtain on negotiations that could bring peace to Europe and head off the advance of Adolf Hitler and WWII. Rintoul portrays protagonist Hugh Legat, a personal aide of Prime Minister Neville Chamberlain, with the assuredness of tone and pacing of an accomplished actor. There are a plethora of fascinating characters for Rintoul to portray, and he depicts each one with individuality and personality. Rintoul handles the rising tension well as the characters barrel toward the 1938 showdown in Munich between the earnest English and the power-hungry Germans. R.O. © AudioFile 2018, Portland, Maine [Published: FEBRUARY 2018]