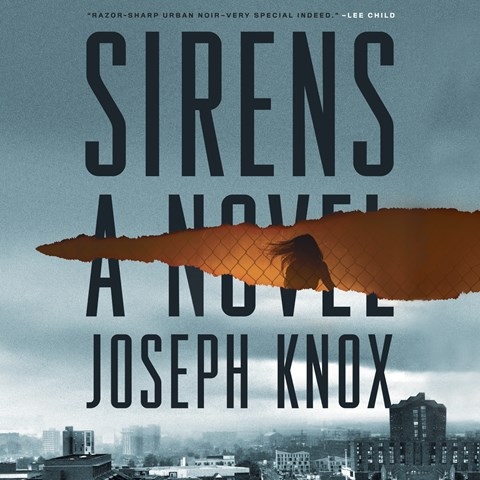 Narrator Lewys Taylor doesn't deliver this first-person noir audiobook in a hard-boiled fashion. Instead, he portrays the self-destructive Detective Constable Aidan Waits with an easygoing tone and a Northern English accent, both of which draw the listener in. Once Taylor's got you rooting for the jaded, disgraced detective, he quickens the tempo and expands the accents of the supporting characters, enhancing the gangland drama and adding to its authenticity. In this debut novel, author Joseph Knox hits all the noir buttons. The amphetamine-popping, alcohol-friendly Waits goes undercover to redeem himself by rescuing a teenage runaway. The plot gets complicated as rival gangs compete for the detective's attention. Set in Manchester, the story includes an insider's tour of the city's druggy nightlife. R.W.S. © AudioFile 2018, Portland, Maine [Published: APRIL 2018]