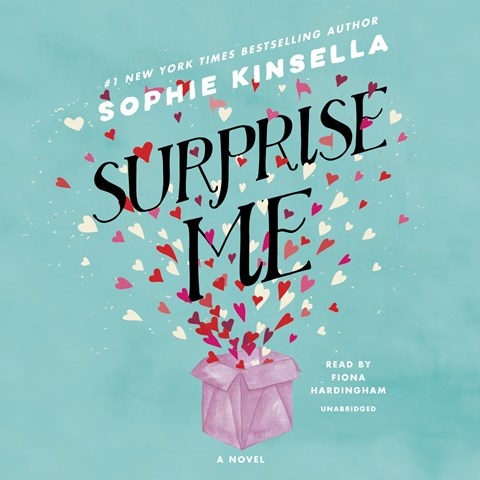 Narrator Fiona Hardingham's rich British intonation complements the story of Sylvie and Dan, a happy couple who are overwhelmed at the prospect of 68 more years of marriage. Laughs abound as husband and wife work to keep boredom at bay by continually surprising each other. But when Sylvie finds out that Dan is hiding a dark secret, she realizes she'd she'd happily go back to their predictable earlier days. Hardingham's portrayal goes from chatty to introspective and wrought with worry. She's equally skilled at the high-pitched voices of the couple's precocious daughters and deftly captures Sylvie's tech-fearing boss, who says the word "selfie" as if it were foreign. The distraction in Dan's voice is evident and helps to build tension as the story reaches its climax. A.L.C. © AudioFile 2018, Portland, Maine [Published: FEBRUARY 2018]