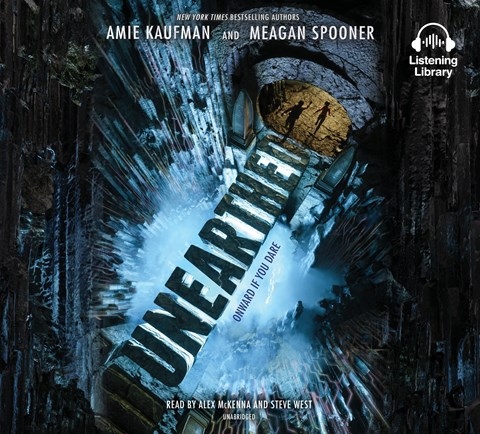 "A scavenger and an archaeologist walk into an alien cave . . ." It may sound like the start of a joke, but for Amelia and Jules, it starts their quest to unlock the mystery of the Undying, an alien race who can provide knowledge and tools for humankind--if only these two teenagers can make it through the trap-laden temple. Alex McKenna and Steve West switch off as narrators as the audiobook shifts back and forth between the protagonists. While West has an engaging and deep voice with a British accent, he sounds a bit too old to portray the young Jules. McKenna's performance sounds more authentic and aligned with the character. However, both effectively capture the story's tender and tense moments. L.E. © AudioFile 2018, Portland, Maine [Published: FEBRUARY 2018]