Home»Reviews»THE WIZARD AND THE PROPHET 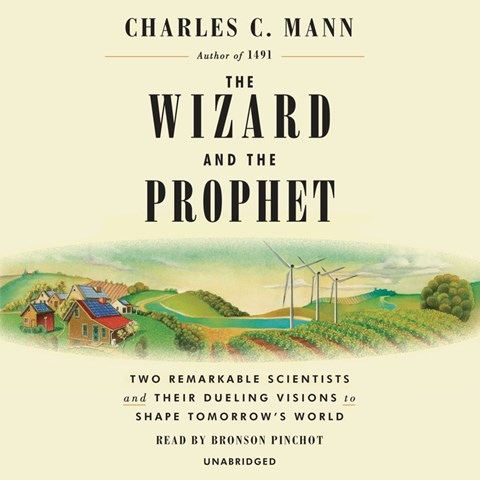 Listeners follow the opposing environmental visions of two twentieth-century scientists who predicted what would happen to the human race in the next century. Narrator Bronson Pinchot energetically tackles the many theories discussed in the works of William Vogt and Norman Borlaug. Their work focused on food, water, energy, and climate change. The author details Vogt's dire warnings of extinction. Borlaug won a Nobel Prize in 1970 for bioengineering a hardy grain that feeds millions even today. Pinchot's well-balanced voice and relaxed performance guide listeners through the maze of environmental jargon with ease. Will humans survive into the twenty-second century? Pinchot's delivery captures the author's enthusiastic optimism. E.E.S. © AudioFile 2018, Portland, Maine [Published: MARCH 2018]